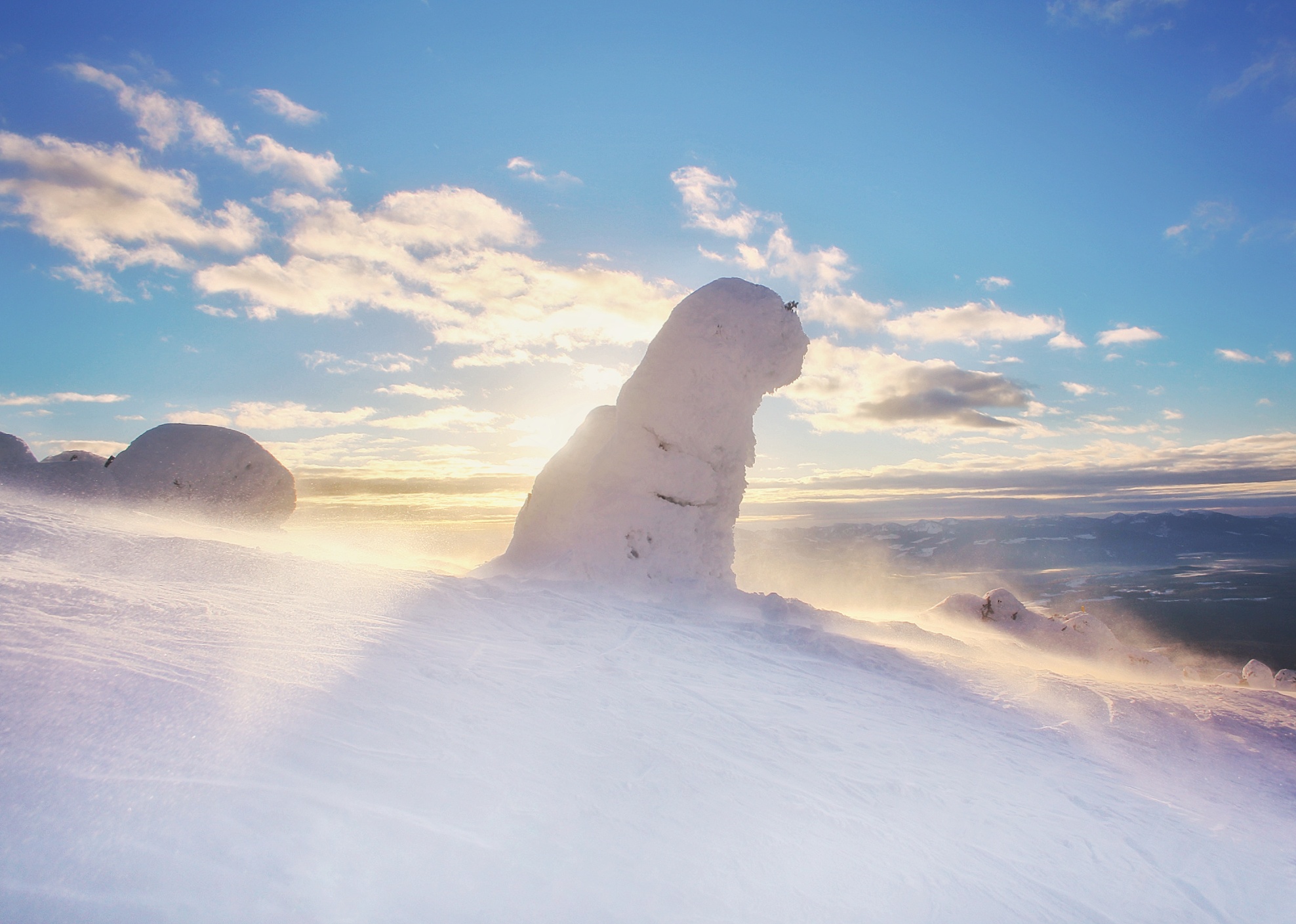 I’d heard that Big White Ski Resort was known for having the ‘Best Snow in North America”, well at least according to the readers of Conde Nast Traveler. That’s a pretty big statement, so I set out to see for myself what makes this place a powder heaven.

I didn’t even know what a “snow ghost” was until about half-way up the chairlift at Big White Mountain Resort. You know how you see some trees dusted in snow and it looks spectacular? At Big White I saw for the first time trees completely draped in snow. Fields of them. I couldn’t help but take lots of pictures to document these beautiful yet somewhat haunting creations. To me, snow ghosts are the signature of Big White. Read more: http://bit.ly/2lCdvGg

The bad-ass ‘Bluebirds of Big White’

I expected that when I met up with Kelowna local Jeff Willard to snowboard for the day, it would be a nice and casual afternoon. Instead, on the first run he sprayed me with powder as he flew above my head! The rest of his renegade crew, consisting of six boarders, showed up and wowed me with their spectacular jumps. They made my day and my first time photographing and doing video of snowboarders. I’ve coined them the “Bluebirds of Big White.” These people really know how to shred it up on the slopes. But what made it even more spectacular was perfect bluebird conditions all day with snow that exceeded all expectations. Read more: http://bit.ly/2lCdvGg

Challenge your body and mind on the ice climbing tower

After a day on the hill, I still had enough energy to check out another cool feature of Big White – the ice tower. Within the Adventure Park at Big White is a 60-foot tower constructed of four telephone poles with three-foot thick ice, that gleams in the sunshine.

This was my first-time ice climbing, so I needed to be shown the ropes. Half way up I got the photo I was looking for – and I was totally ready to come down. Being that high up on ice is a strange feeling, and using the tools, not to mention trusting them, was intense. “Ready to come down!” I yelled. I was out of my comfort zone and this is when the amazing Amber and Neil, who work as guides in the adventure park, told me, “GET UP THERE! YOU CAN DO IT MAN!” Their encouragement kept me going, giving me confidence. From that point on, my climbing tools somehow gripped the ice and I felt I could really do this. I dug in hard and pulled myself up and moments later I was near the top. Hell yeah! I saw the cowbell and I rang it furiously. I overcame my fears and dug in to conquer my body and mind. I’ll never forget this experience. Read more: http://bit.ly/2lCdvGg