Spirit of the Canadian Badlands Tour

By daxjustin ALBERTA No Comments

This year I’m teaming up with Canadian Badlands Tourism and Travel Alberta on a campaign photo-documenting Tom Jackson’s Spirit of the Badlands event series throughout Summer 2016. I’ll be updating this post as event details are rolled out.

Hosted by popular Alberta musician, actor and philanthropist Tom Jackson, the “Spirit of the Canadian Badlands Journey,” kicks off on May 14th in Medicine Hat with a concert 3-4pm at the Medicine Hat Lodge. “The Canadian Badlands is a place that makes you feel free to explore without any limits,” says Jackson. “No matter where you go, the people embrace you with steadfast spirit,” he added. Tickets for the Medicine Hat event can be ordered online at www.SpiritOfTheBadlandsTour.com. ALL proceeds from this concert event will go to support the Medicine Hat Food Bank and the Fort McMurray relief efforts. Minimum donation for a ticket is ten dollars (plus fees). We will be collecting additional donation at the door for those wanting to help!

The next concert will be in Brooks on May 29th and other places on the journey include; Cypress Hills Provincial Park, Stettler, Drumheller, Three Hills and Lethbridge. For updates and announcements of venues, please visit www.CanadianBadlands.com. Admission to the events will be by a minimum donation of $10. All proceeds will be donated to local food banks and Fort McMurray Fire relief efforts.

For a ‘behind the scenes’ look at the campaign, follow Dax on Snapchat. 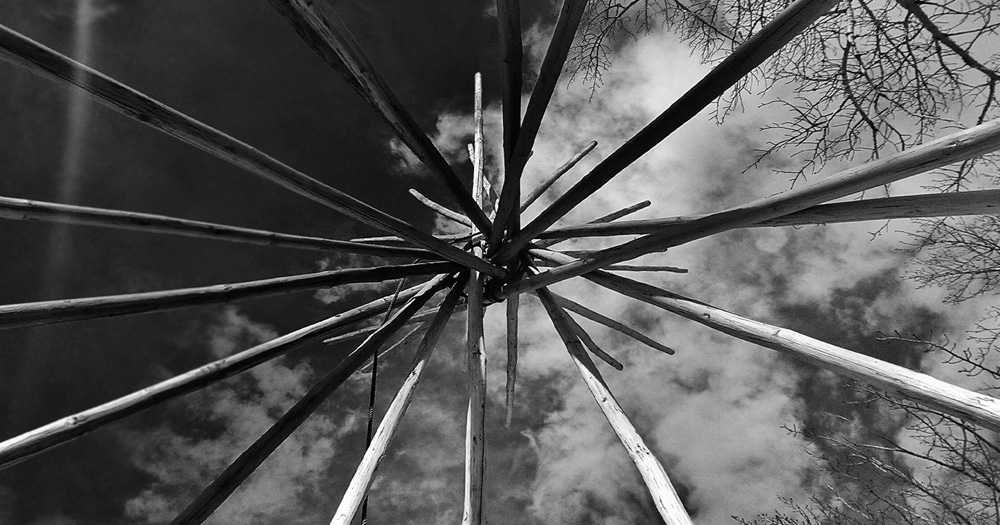 The First Time I Explored

On December 26, 2013 I woke up and had a very out-of-body experience that lasted all day. This is the story of how my love for nature and photography found me.

Then one day everything changed. Don’t get me wrong, I still love sleep, but the pattern has changed. In fact, there is no pattern. Now that I spend most of my time in the mountains, I find myself sleeping less, and being fine with it. Nature has a certain profoundness to it and I don’t think you need to sleep as much. Waking up early for sunrises and staying up late to watch the stars is something I’d never trade for sleep now.

Throughout the month of December in 2013 I felt my life was a little chaotic. Stressed. You know when you go through a break-up and your mind is all weird and you’re in a funk and you’re not sure what to do with your life? THAT was what I felt that whole month. Then the day after Christmas something changed…

I woke up at 8:00am on December 26th, 2013 and felt compelled to go into the wilderness and get lost. I am not sure what came over me the instant I woke up, but I remember getting dressed up in outdoor gear (that I had since 2009, never worn, and still had the tags attached) and just drove. No sense of direction, no preconceived destination, just left the city towards the woods.

For some background, I was always a city boy. I grew up in the city of Calgary and rarely left the city unless I was going snowboarding or on vactations with parents or friends, but even then I paid no attention to the nature around me. Snowboarding in the mountains was the most nature-esque thing I did until that morning. Even when I did go snowboarding, I would just go to the hill, hit a few runs then head to the lodge to “sample by the pint” the local craft beer. Who am I kidding, any beer, all of it. I wasn’t picky. At that time I thought the city was where I was meant to be. Driving fancy cars, wearing distressed Diesel jeans, I was unaware, obeying everything I was told, and working 9-5 whether I liked it or hated it. It was what we’re all taught to do, isn’t it?

I was also terrible with directions prior to that day. If someone said “Let’s go to Bragg Creek (a small settlement about 45 minutes from my home town of Calgary WHERE I LIVED FOR 30 YEARS) I’d be like, “Ok. How do I get there.” That day was cold. It was the middle of Winter and prior to that day I hated Winter, hated being cold. I remember driving out on HWY 40 (which actually takes you to Bragg Creek) and randomly pulled over, got out of my SUV and just started walking into the woods. No idea where I was. Just walked into the woods.

Then something struck me. It was NATURE; and it was as if it was my first time seeing it. Feeling it. It was surreal. I recall aimlessly walking around, searching for something, or nothing. I didn’t know. It didn’t matter. What I do know is that the sun hit the snow differently that day, the sounds of the trees swaying back and forth in the wind sounded utterly peaceful and serene. I almost cried. I had no idea what I was experiencing. I felt the things surrounding me that were alive.  I had to record and document all of this somehow so I reached for my phone and started taking pictures of everything around me. I heard Instagram was a cool way of documenting images so it was the social media platform I chose to share my photos. I found teepee’s in the woods, Native artifacts, ponds of water with reflections, nature sung to me. Again, it didn’t really feel like I was “deciding” to do any of this, it was all very not-like-me. I did not feel like my old self, and that felt amazing, it’s almost like I felt new. I explored through the morning and into the afternoon along HWY 40 (also known as Cowboy Trail) and remember stopping to phone a couple friends. They were working at the moment and all I could talk about was how INSANE nature was. I was all like “Man, there’s something out here. Not someone, something. I FEEL ALIVE out here, and this is like nothing I’ve ever felt before. Why are we working in confinement for people who don’t respect what we do? There’s more to life than working all day everyday then going out for wine or beer and doing it all over again. There’s more to life. There is meaning. We need to start exploring, we need to get outside more.” I phoned 3 people at that time, and they all had the exact same response; “You’re crazy.”

You know I was never the guy taking photos. In fact, I kind of despised when people would be like “Here’s my phone can you take a picture of us?” Even family. For some reason (still unknown to me) I just did not like taking pictures. As a Creative Director/Designer I was familiar with working on photos and edited photography for magazines and such all the time, but was never the one behind the lens.

Below is a collage of some of the photos I took from that first day I started exploring. You may think the photos may “suck” in comparison to the photos I take now. But why the hell are you comparing photos anyways? These photos are the roots of where I started and I am proud of that.

Today, I don’t see myself as a city-boy. I am now a man of Nature, an advocate of everything alive. I don’t wear Diesel jeans, I no longer drink alcohol because I don’t need it – I don’t need to displace reality. I wear outdoor gear all the time, and I’m aware and present ALL THE TIME. I question things, have a mind I can rely on, I make up my own mind. After that first day I began exploring relentlessly. I think I went for a drive to the mountains every day for at least two weeks after that, going a little further every time, and feeling the same sense of thrill that nature exists outside, and within us all. Every day I would post 2-3 more photos on Instagram and found my audience growing. I had no idea what I was doing, I was just posting what I saw and it started evolving into more meaningful moments in the outdoors, which I was openly inviting into my life. And I do still go snowboarding and also started skiing again, but I find myself stopping frequently just to soak in my surroundings. It’s like I can feel the nature around me. But I’m also totally crazy right, so there’s that. And I’ve never been prouder to just be myself. Probably because I have become my True Self and I wouldn’t trade it for anything in the world.

I’m curious to hear if anyone has ever felt this presence in nature?

Get access to my newsletter – No spam and never typical.